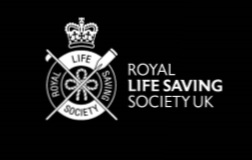 It only takes a split second for happy hour to end in a nightmare...

Don’t Drink and Drown is a RLSS UK national campaign that warns drinkers to steer clear of walking by or entering water when under the influence of alcohol.  The campaign was launched following a string of tragic student drownings.  There are two targeted time frames through the year in September and December, where RLSS UK and partners push this message.

Evidence Behind the Campaign

Effects of Alcohol on the Body

Want to find out more?

Click the links below to find out more about the campaign, and what you can do to support it.

Our volunteers are out every year to promote Don’t Drink and Drown and we welcome the support of other groups or organisations to share the message.  We encourage any establishment that serves alcohol especially around any waterway to join in and support our campaign. 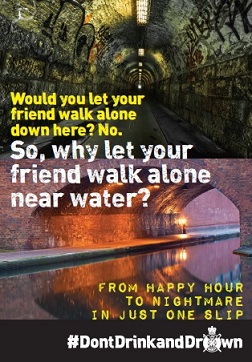